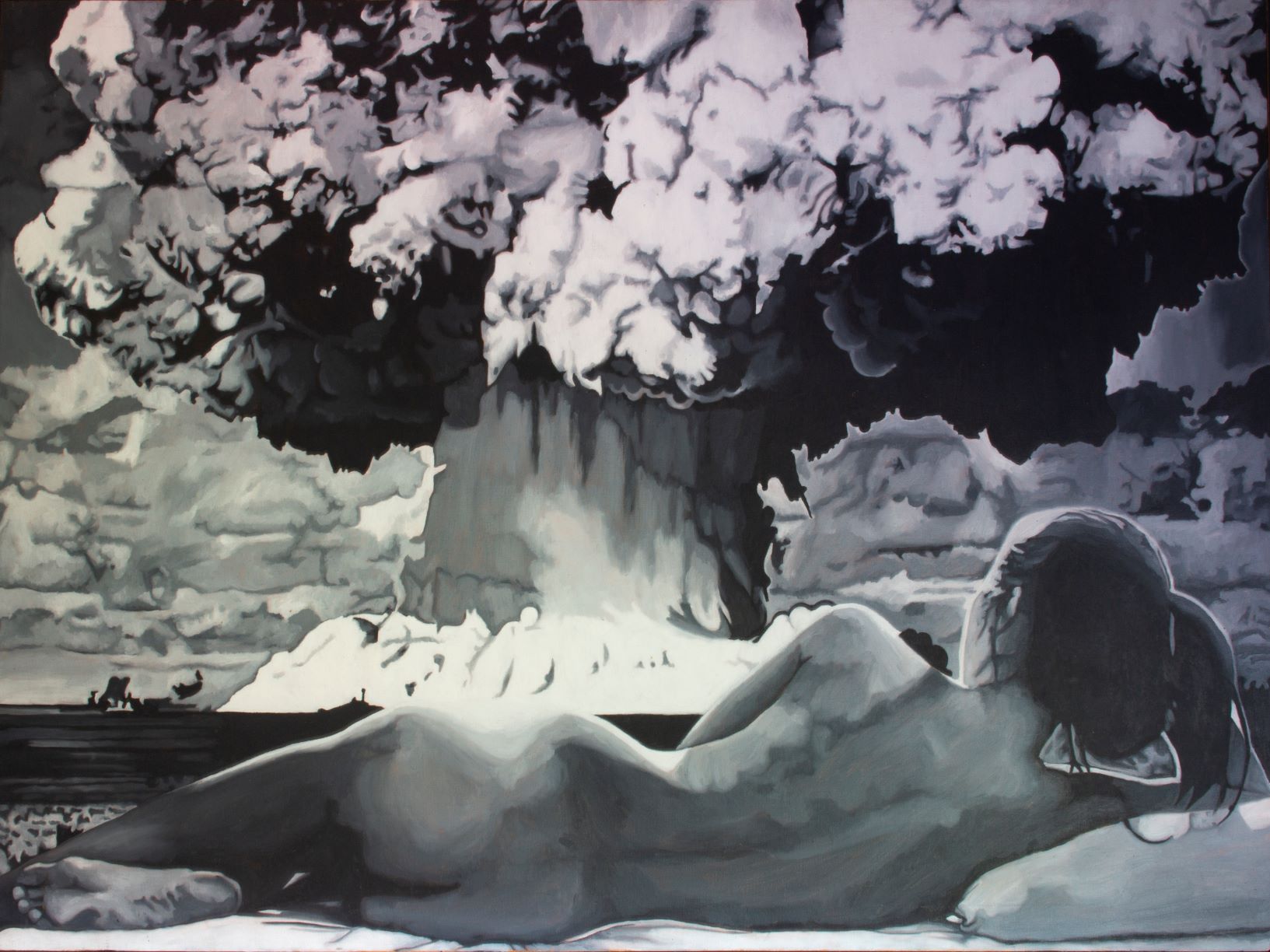 Eisa Jocson, All is Vain, 2009, Courtesy of the artist and Rey Agapay

For this special Episōdo, curator Inti GUERRERO was invited to unravel locked histories within the collection of the Yokohama Museum of Art, and discovered the vestiges of colonial patriarchal violence in the Asia Pacific region.

Curatorial Introduction
A museum that has grown over 30 years is hardly a static infrastructure; it is also a membrane, also an accretive machine. It gathers works and materials from different locations and itineraries. Somewhere within are clues for unlocking hibernating connections between manifest narratives. Slicing through Yokohama Museum of Art’s collection, re-staging chronology, contaminating it with the contemporary, and making projections from within this density produces uncanny riddles.

Away from the formal display of a museum is also the order and disorder of its inventory. It is a zone between what is inside the museum yet outside the public experience of a museum. A zone deeply embedded in ambiguities, it could be considered to be a liminal passage that connects the museum to its outside. In the backrooms, basements, and attics, objects and documents that wind their way into a collection lie in wait for the curious mind’s secret epiphany.

The Yokohama Museum of Art’s archive is also a universe of broken, disassembled, and disaggregated fragments in need of constant care, attention, and re-stitching. Pasts and futures disassemble and reassemble, as objects with distant provenances and proximate affinities are opened out and placed on the table. Maps are torn and glued back together, and images of decapitation sit in close proximity with personal letters and nature drawings. They ask to be handled with care, not just because the objects themselves are fragile, but also since the connections that spring from their juxtaposition can be volatile. They can unsettle many stable histories and narratives. The anonymity of notes on the margins of documents gestures to stories yet to be told.

The time, and the time horizon, with which to see materials keep shifting. This Episōdo invites a specific curatorial sensibility to unravel locked histories gathered within the collection.

Statement by curator Inti GUERRERO
The cosmic interconnectivity of Tanaka Atsuko’s painting is an invitation to navigate the intertwined narratives amongst the works of art and artifacts in this institute. Every colorful circle in the canvas is a planetary-body wired to the life of others; umbilically attached to a sensorial network where one’s existence depends on the connection to those forming a collective, and to those who once existed before us. The pulse running through the connecting cords of the institute are the vestiges of colonial patriarchal violence, and in particular, the embodied memory of the militarized American colonial history that took different forms and nuances across diverse tropical contexts in the Asia Pacific region. From the possession of the Philippine archipelago in the late 19th century to the post-1945 U.S. military domination in the region, including years of nuclear testing in Micronesia, both a crime against humanity, culture and an ecocide that epitomizes an accelerated version of our climate emergency.

The images behind the glass in the large vitrines of the YMA that hosts the institute, reveal and rebel against systems of control and dominance and processes of racialization that characterize the colonial enterprise, including the anthropological gaze inflicted upon Indigenous people in Micronesian territories ruled for nearly thirty years by the Japanese empire, turned into battlefields during World War II, and still entangled in American hegemony today. The institute hopes to ignite a conversation on how colonialism’s dehumanization of bodies is ingrained in hierarchical and unjust economic systems of the present. The majority of these images have been made by living women artists. Most importantly, they bring the female body, gaze, and voice as the guiding vehicle to unpack the complex layers of historical trauma, through a celebration of desire, humor and resilience.

Inti GUERRERO
Born in 1983 in Bogotá, Colombia. Lives and works in Hong Kong and Manila.
Guerrero is the Estrellita B. Brodsky Adjunct Curator of Latin American Art at Tate, London and Artistic Director of BAP—bellas artes projects, Manila.