About the Artistic Director of Yokohama Triennale 2023 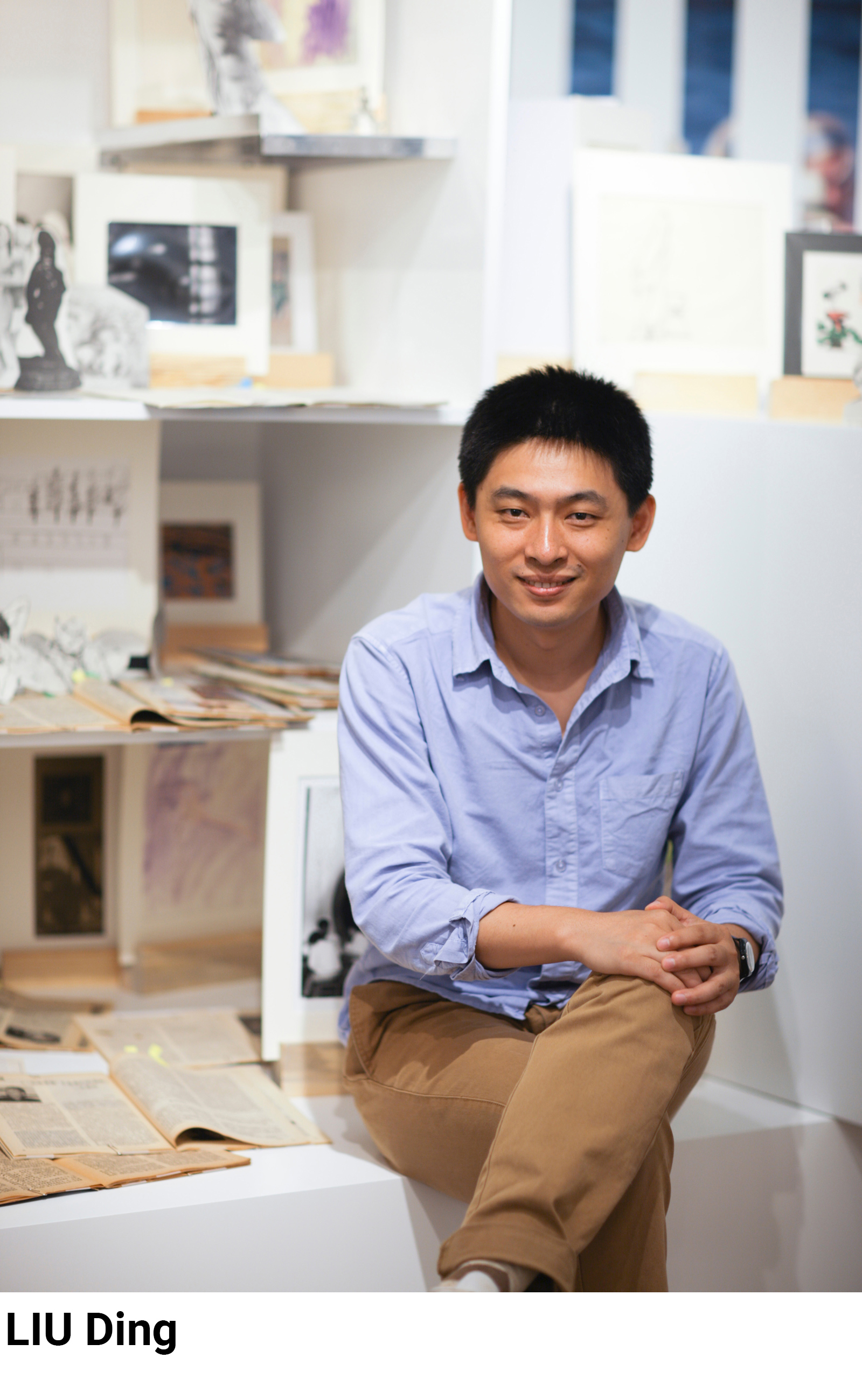 Liu Ding is an artist and a curator. Born 1976 in Changzhou City, Jiangsu Province and now based in Beijing.

He creates artworks using text, photography, installation, painting, performance and other media based on his research into the interplay between art, culture, and politics in modern and contemporary Chinese history. 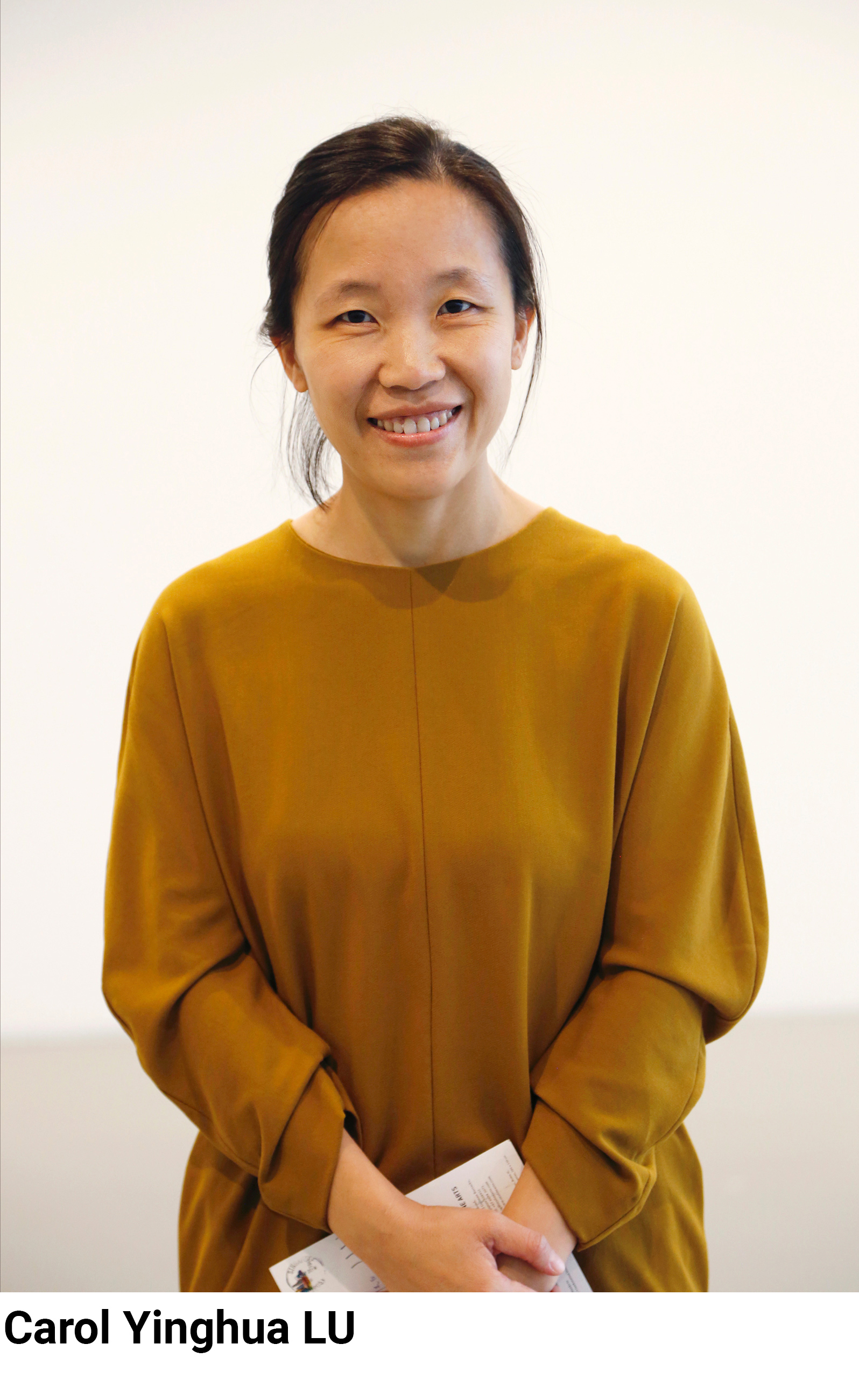 Carol Yinghua Lu is an art historian and a curator.

Born 1977 in Chaozhou City, Guangdong Province and now based in Beijing. She is Director of Beijing Inside-Out Art Museum, where she's recently curated "Wang Youshen: Codes of Culture" (2022). She was Artistic Director and Chief Curator of OCAT, Shenzhen (2012-2015) and Co-Artistic Director of Gwangju Biennale (2012). She was a contributing editor for frieze magazine (2008-2018), a recipient of ARIAH East Asia Fellowship (2017) and visiting fellow in Asia-Pacific Fellowship Program at Tate Research Centre (2013). She has acted as a jury member for many art prizes, such as Tokyo Contemporary Art Award (2019-2022), Rolex Mentor and Protégé Arts Initiative (2019), Hugo Boss Asia (2019), International Award for Art Criticism (2014), Future Generation Art Prize (2012), and Golden Lion Award at Venice Biennale (2011).

Their recent co-curated exhibitions at art institutions across China, such as Beijing Inside-Out Art Museum, Art Museum of Guangzhou Academy of Fine Arts, and Beijing 798 Creative, include, "Notes: Chinese Artistic and Intellectual Voices from the End of the Twentieth Century," (2022); "Waves and Echoes: Postmodernism and the Global 1980s," (2021); "Waves and Echoes: A Process of Re-contemporarization in Chinese Art Circa 1987 Revisited," (2020), "Factories, Machines and the Poet's Words: Echoes of the Realities in Art," (2019), "Salon Salon: Fine Art Practices from 1972 to 1982 in Profile - A Beijing Perspective," (2017) toured to Art Museum of Guangzhou Academy of Fine Arts, Guangzhou (2020).

On the selection of the artistic director

For the selection of the artistic director of the 8th Yokohama Triennale, three candidates were short-listed for remote interviews based on a review of submitted documents. As a result of those interviews, the team of Liu Ding and Carol Yinghua Lu was selected. Following on from Raqs Media Collective's appointment for the 7th Yokohama Triennale, we once again have chosen for our artistic director a foreign team combining members of both sexes. It is also worth noting that the selection committee itself consisted of three women and two men, and, for the first time ever, two of those members were not of Japanese nationality (one each hailed from Lyon and Istanbul, both port cities like Yokohama). Deliberations took place over two highly productive sessions that, due to the pandemic, were held remotely with participants dialing in from all over the globe. At the same time, I would like to emphasize that our selection of a woman -and of people from other Asian countries besides Japan- was in no way lip service to "political correctness," but instead was the direct result of the committee judging each candidate on the basis of their vision and ability to execute a triennale that will have both artistic and social significance.

With all of our shortlisted candidates being active on the front lines of the art world, our interview round was of a very high standard. Still, the committee believed that Liu Ding and Carol Yinghua Lu's proposal was particularly suitable for an art festival in Yokohama, a city that is open to the rest of Asia. Rather than repeating the fashionable themes often seen at international art festivals, it takes Lu Xun's prose poetry collection Wild Grass, which is well known in Japan, as a starting point for a journey that goes deep and broadly into the imagination. The artist/curator duo already has experience in making and exhibiting art and organizing art festivals in various parts of the world, including Japan, and we are confident they will respond flexibly in order to realize their project. As we enter the post-corona era and rediscover the possibilities for face-to-face and other forms of communication, we are confident a fascinating triennale will come to life as an embodiment of their poetic vision. These are the reasons why the selection committee chose Liu Ding and Carol Yinghua Lu.

Nicolas Bourriaud has proposed "the radicant" (a plant that roots from its stems, like ivy) as a paradigm for a globalized art world. To rephrase in Bourriaud's terms what we noted in the 7th Yokohama Triennale Artistic Director Selection Report, we hope that the adventure of the imagination starting from Wild Grass will spread like the ivy that covers redbrick buildings, putting down roots in the gaps it finds here and there, and ultimately manifesting as a truly international art festival that transcends superficial globalism.